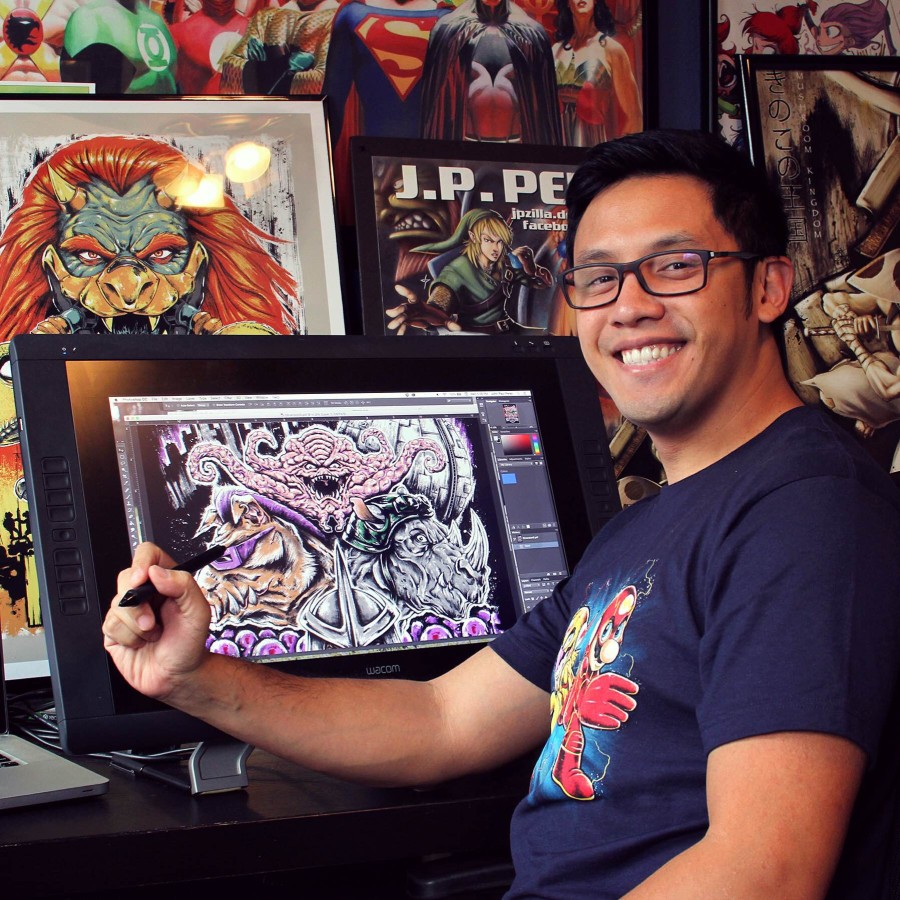 JP’s art has been promoted on social media by industry celebrities such Chris Hemsworth, Taika Waititi, Gal Gadot, Patty Jenkins, Wil Wheaton, and Stan Lee. Relevant publications include Capcom Fighting Tribute with Udon Comics and Ronin of the Mushari Kingdom, which is his own comic series that was successfully launched with Kickstarter. Some of his other accomplishments include being a featured artist in Sci Fi Magazine, Nerdist, Buzzfeed, Slash Film, and having his Mad Mar: Rainbow Road artwork hit #1 on Reddit, receiving over 2 Million views.